Exciting news from the lab

Exciting news from the lab 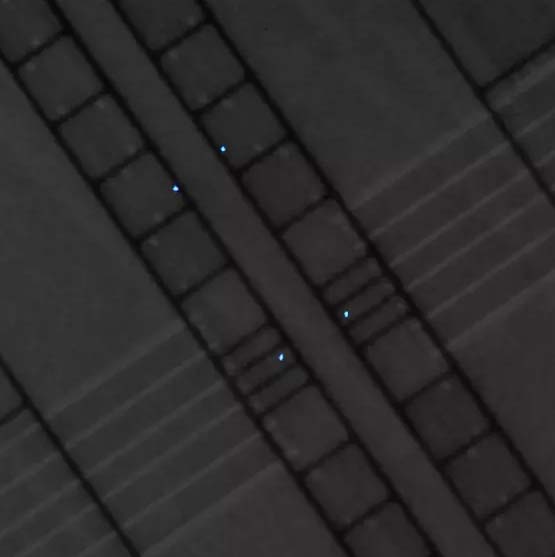 Silke Auchter and a team at Infineon Technologies has fabricated an ion trap that holds multiple individual trapping wells disposed above two parallel strings of electrodes, forming a 2D lattice. The image shows four calcium ions trapped 120 µm above this microfabricated trap, which is operated at cryogenic temperatures.

“This trap is a ‘prerunner’ for even more complex microfabricated 3D ion traps that we aim to produce and test in the PIEDMONS project”, says Yves Colombe from the University of Innsbruck.

The image was taken by PhD student Marco Valentini, who runs the experiment together with Philip Holz and Kirill Lakhmanskiy. The image is a superposition of two image data: one of the trap chip to show the electrode structure and one of the ions’ fluorescence at 397 nm wavelength.