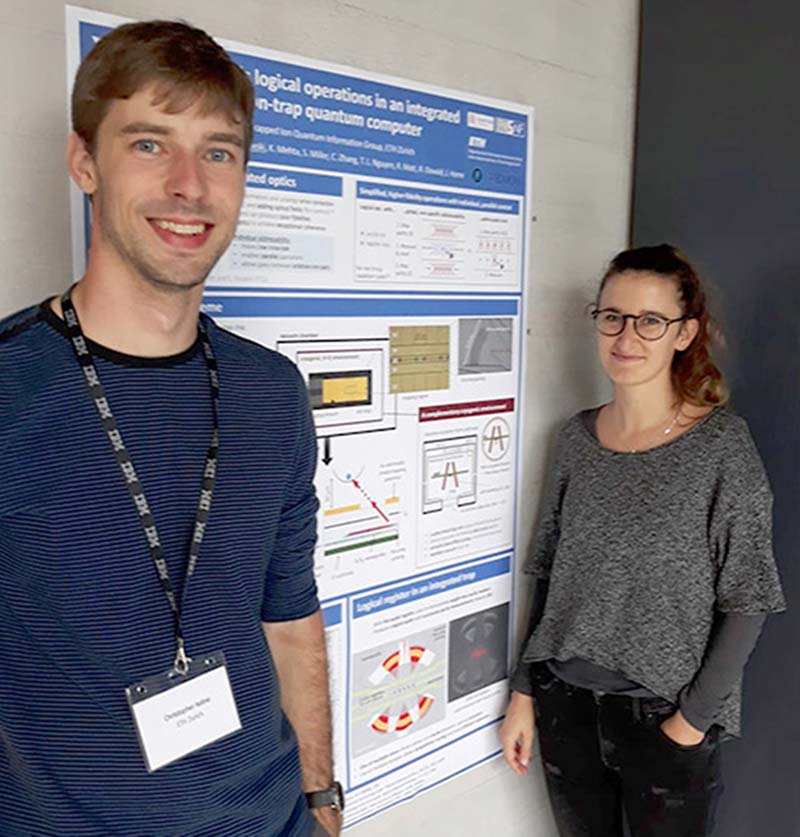 At the Fifth International Conference on Quantum Error Correction (QEC ’19) in London, Chiara Decaroli and Chris Axline from PIEDMONS partner ETH Zurich presented their plans for using novel ion trap technologies to build logical qubits with which to perform quantum error correction. “Our ion trap quantum processor uses an ion trap with integrated waveguides, which deliver laser light to individual ions within an ion string”, says Chris. “Such a configuration could be used to demonstrate error correction codes, like the 7-qubit Steane code, with greatly simplified operations compared to current methods.” By creating high-fidelity trapped-ion logical qubits within zones that can be interfaced with one another, this technology demonstration fits within a framework for scalable fault-tolerant quantum computation.

At the conference in London there were about 80 posters during two poster sessions and five days of talks, including an invited talk by Jonathan Home on the group’s work to encode logical qubits using the motion of trapped ions. In a conference highlighting cutting-edge theoretical work, the groups experimental plans served an important role in showing that these aspirations are being realized.