Infineon Technologies AG, with its headquarters in Munich, is an international semiconductor company with some of the most modern production facilities in Asia, America, and Europe. Around 35,000 employees work in 17 countries worldwide. Infineon is one of the top ten semiconductor manufacturers in the world. Infineon Technologies Austria AG in Villach is well-known through the Innovation Fab, having the possibility to combine the development and the manufacturing aspect at the same site. By developing, producing, and selling cutting-edge semiconductor solutions, Infineon strives to be an innovative and customer-oriented industry leader. 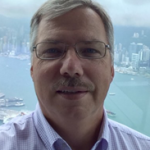 Josef studied at the Graz University of Technology and graduated as DI in 1988. In the same year, he started working as an analysis engineer and joined the Infineon Technologies Austria AG, formerly Siemens Bauelemente OHG Villach, in 1989. Being responsible for the management of diverse departments of different organizations, among others, for wet chemistry, ion implantation, deposition and maintenance, he gained experience in various manufacturing management positions. His intercultural skills were as well influenced by his 6 years stay in France. After starting up an operations organization for Ceramic semiconductors in the Czech Republic, he joined IFAT again in 2007. In his last job as Director Quality Management, Josef Moser was responsible for leading more than 120 employees in the Frontend operations Villach. He now acts as technical adviser and coordinator in funding projects with the focus on manufacturing innovation. 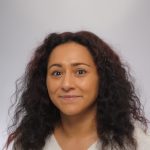 worked more than 15 years for a national funding agency in the accounting department as well as in the department for High-technology funding for Start-ups in different programmes and calls. She moved in 2017 from Vienna to Carinthia and started her work in 2018 as Project Manager for national and European funded projects for an international company and is currently coordinating two H2020-projects (Piedmons and Tell). 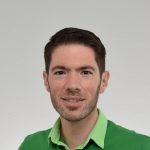 Clemens is senior expert for process integration at Infineon Technologies Austria AG. He studied Physics at LMU Munich where he received his PhD in 2009. After two years of post-doctoral research he became Oberassistent in the quantum transport group at ETH Zurich where he conducted fundamental research in the field of quantum cavity physics, single electron transistors, fractional quantum Hall systems and hybrid GaAs/graphene structures. He is (Co-) Author of >40 Publications, mainly in the field of low-temperature quantum transport. In 2016 he joined Infineon Technologies Austria, where he is responsible for process integration of MEMS technologies, Researcher ID https://orcid.org/0000-0002-1075-2244. 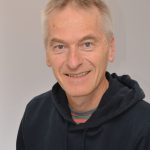 was born 1963 in Vienna/Austria. He studied at the Vienna University of Technology and received a Master’s degree in 1990 and a doctoral degree in 1994 both from Vienna University of Technology in Electrical Engineering in the field of biosensing. In 1995 he has joined Infineon Technologies Austria AG, formerly Siemens Bauelemente OHG in Villach working in several departments as process engineer for photolithography, senior manager for product engineering, and quality engineering. Since 2016 he has been in charge of the MEMS Department, responsible for supporting the manufacturing, defining the process of records, monitoring and evaluating the manufacturing data and functional test data, and collaborating in the development of new MEMS- and sensor technologies. 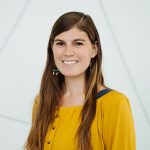 is a PhD student in the MEMS group of Infineon Technologies Austria in Villach. She holds a B.Sc. in physics from the University of Regensburg and an M.Sc. in physics from the University of Innsbruck, specializing in experimental quantum physics. In her master thesis in photonics she characterized Bragg-reflection waveguides as photon-pair source under the supervision of Prof. Gregor Weihs. In 2018, she started her PhD at Infineon in collaboration with the department of Quantum Optics and Spectroscopy led by Prof. Rainer Blatt at the University of Innsbruck. She focuses on the development of scalable, microfabricated ion traps based on industrial fabrication technologies. In the PIEDMONS project, she works on the design and fabrication of a 3D MEMS ion trap capable of room-temperature operation. Researcher ID: https://orcid.org/0000-0001-8688-1475 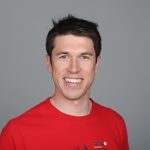 is senior staff engineer for semiconductor physics in power devices at KAI Kompetenzzentrum für Automobil- und Industrieelektronik GmbH, a research center and subsidiary of Infineon Technologies Austria AG. He studied physics at the Graz University of Technology with visiting stays in Barcelona, Spain and Bozeman, MT, USA. In 2013 he received his PhD in Electrical Engineering from the Vienna University of Technology. His research focuses on performance and reliability limiting defects in semiconductors. He is author or coauthor of more than 100 publications. Researcher ID: https://orcid.org/0000-0001-7046-0617

Interactive Fully Electrical Vehicles SR is focused on the engineering and advanced manufacturing of novel architectures of road and air electrical vehicles. IFEV is a member and major driver of the cluster Torino e-district, addressing the overall value chain of electromobility with a focus on EVs.

President of the network of companies Torino e-district. Pietro took his Laurea degree in General Physics at the University of Torino in 1980. In 1981 he was employed at Centro Ricerche Fiat continuing the collaboration with the University as contract professor for 15 years. As director at Centro Ricerche Fiat he originated the first world-wide commercial introduction of diffractive and microoptics into the automotive, motorcycles, general lighting and IR systems for intrusion alarm. He has originated quite a number of EU projects on advanced systems development and integration for efficient electrical mobility. He authored over 150 technical and scientific publications and holder of patents that led to large scale productions in automotive-general-emergency lighting and infrared intrusion sensors. Pietro was a member of the founding group of the European Technology Platform on Smart System Integration EPoSS. In 2011 he founded his company “Interactive Fully Electrical Vehicles” IFEVS. He is a member of the European Commission H2020 Advisory Group on “Smart, Green and integrated Transport”. In 2016 he has been appointed contract professor at “MIPT” the Moscow Institute of Physics and Technology.

Mechanical Engineering at the Politecnico of Torino: He started his activity at Centro Ricerche Fiat designing and testing dampers based on Magneto-rheological fluids. Then he managed technical activities (Computational Fluid Dynamic simulations, CAD design and experimental testing of climate air systems) on fluidic air distributors for automotive HVAC. He carried on several technical activities for various applications. He worked on innovative automotive devices, white-goods actuators and solar energy systems. He step up his skills in Aerodynamic design and CFD simulation working on non-conventional air distributors and exhausted-gas energy recovery. He also designed and developed prototypes of Shape Memory Alloy Actuators mainly for electrical latches and hydraulic valves. When at Centro Ricerche Fiat he had been involved in the mechanical design of the MOB platform since the very beginning.

The Eidgenössiche Technische Hochschule Zürich is among the world’s leading research institutions in the engineering and physical sciences. It is regularly ranked as the leading university in mainland Europe, and its reputation attracts internationally excellent researchers from all over the world.

The Trapped Ion Quantum Information (TIQI) group (https://tiqi.ethz.ch/) is situated in the Institute of Quantum Electronics and focuses on researching quantum information processing using trapped ions. The TIQI group is connected to other groups in Switzerland via the National Center in Research Excellence in Quantum Science for Information Technology (NCCR QSIT).

After coordinating with UIBK and our industrial partner IFAT (Infineon) to outline the specifications of the 3D traps in this project, the primary role of the TIQI group within PIEDMONS has been to characterise three-dimensional ion traps manufactured by IFAT. During the course of the project, researchers from the TIQI group have designed and built a flexible cryogenic setup to evaluate the performance of different ion traps.

A key part of this has been to develop a largely automated test suite to formally characterise ion traps, including automated ion loading routines, logging of experimental parameters and remote trap operation. 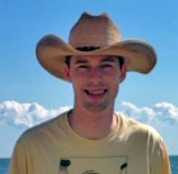 Chris has brought his background in superconducting qubits and experimental design for quantum optics to build a new cryogenic experimental apparatus for the testing of PIEDMONS traps in the TIQI group. 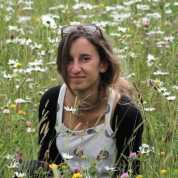 Chiara’s expertise lies in the design and fabrication of traps for scalable quantum computing. She has designed, fabricated and characterised a number of traps during her PhD in the TIQI group.

Prof. Jonathan Home is a full professor at ETH Zürich and founder of the ion trap group there in 2010, following PhD studies in Oxford and a post-doctoral research period at NIST with Nobel Prize winner David Wineland. His group has rapidly achieved pioneering results, including the largest instances to date of the paradigmatic squeezed and Schrödinger’s cat states of a harmonic oscillator, new types of scalable quantum logic gates, and the repeated application of stabilizer readout with feedback, which is likely to be the key element of any large-scale quantum computer. He has produced numerous publications including multiple works in each of Nature, Science, and Phys. Rev. Letters. Jonathan has received the 2015 Latsis Prize of the ETH Zürich and the 2013 Young-Researcher Award of the SAOT. In 2015 he was given a TED fellowship, and has since spoken both at TED and at the World Economic Forum.

The group around Prof. Rainer Blatt, co-led by Dr. Thomas Monz and Dr. Philipp Schindler, at the University of Innsbruck is a world-leading research group in the field of ion-trap based quantum information processing, quantum computation, quantum simulation, and quantum networks. The group is embedded in a network of both experimental and theoretical researchers at the University of Innsbruck, with more than 20 research groups strongly collaborating in the field of quantum technologies.

Current members of the Piedmons project are: 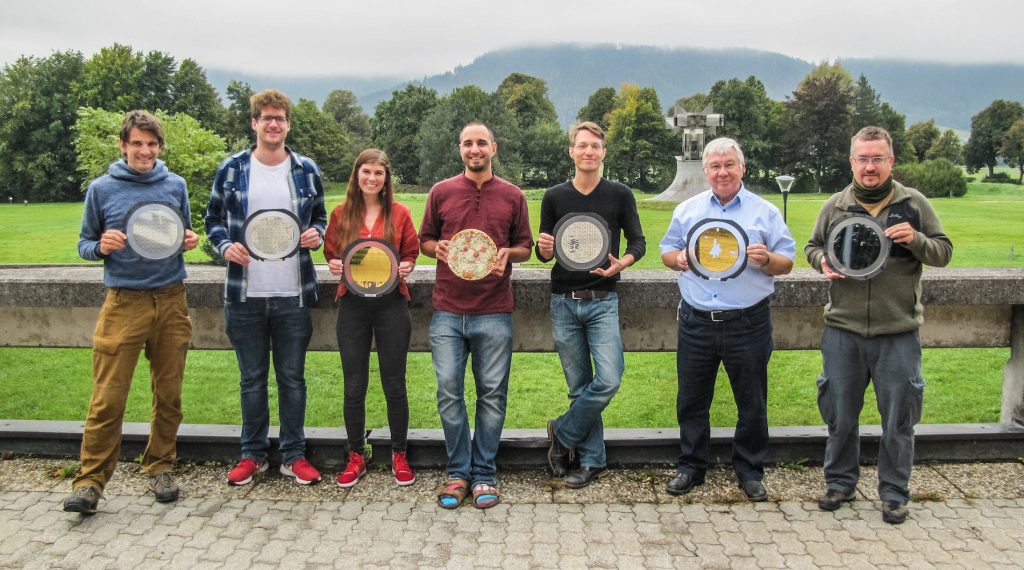